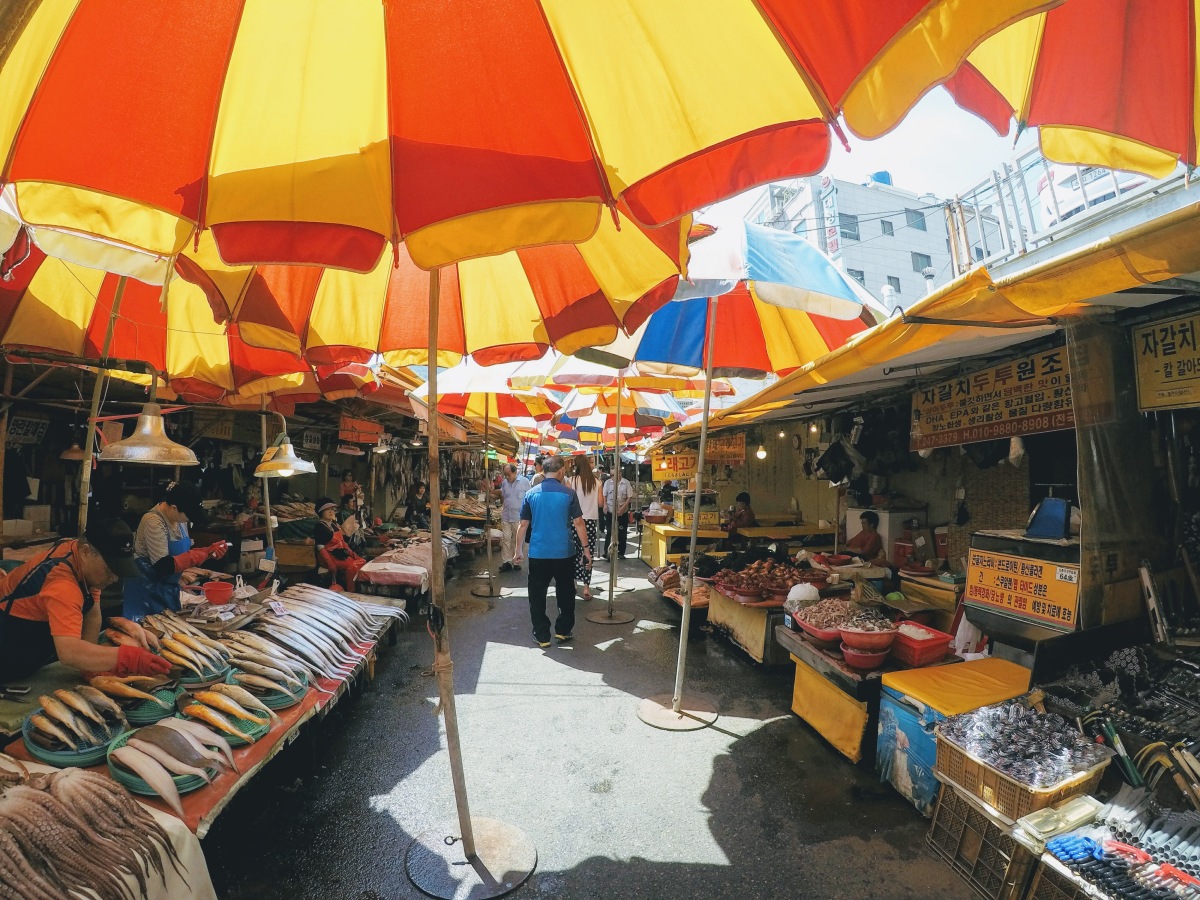 A random thought came into me yesterday afternoon as I stood around with my friends. It was a thought that made me smile and giggle out of nowhere. I’m sure we’ve all experienced it, a memory that returns to greet us, most of the time they’re nice and sweet memories of times past, although that’s not always the case.

This time it was me, mum and Ken on our road trip through Korea. We were in Seoul one night and was making our way to the fish markets. Mum felt like a pan fried fish so I suggested we buy some fresh fish from the markets, take it back to our apartment and cook it for dinner. Positive reactions from all around so we went ahead with it.

The fish markets were quite similar to those of Busan’s, except Busan had an awesome market outdoors! You’d have a large warehouse type of building with multiple levels where all sorts of fishes and sea life are flipping around. Each buiding looked the same as the other, each level looked the same as the other and each vendor looked the same as the other. How does one make a purchase decision with those options! furthermore there aren’t really any pricetags attached, it’s kind of just like an asking, then bargaining situation. In the end we settled for a fish, the cost of the fish itself was almost the cost of having the same fish cooked for you in the restaurant! How does that happen? anyways, we still really wanted to take it home and cook it fresh for ourselves; so we did.

Back in our apartment, the fish was being fried. The smell of the fish ran rampant throughout the kitchen and soon throughout the apartment; we were in a smog of fish oil and smoke, fun. You could of easily guessed that mum had left the cooking for me and Ken. Serving the fishes onto the plates, there were parts that were burnt but atleast it was all cooked. I don’t think we were too concerned with the fish itself as much as trying to rid the whole apartment of smelling like fish oil.

In all my mums humbleness she said the fish was nice, even though we knew it was a disapointment. Mum’s always been a bit like that, kind when she knows she needs to be, stern when we boys don’t listen. We sat there with a nice view of Seoul as we ate our home made fish and rice whilst smelling like fish and oil the whole time. A sweet memory of the things that happen that are almost always untold but stay with us for life.

Jason Li grew up in the big bad city of Sydney. After all these years, he’s still growing up; or at least trying to. Sometimes he writes. Sometimes he gets lucky and writes something good. Most of the time, however, he has no idea where life is taking him, living life just one single day at a time. View all posts by Jason Li