It appears…summer is here – like, tomorrow – 33 degrees of thick, smoggy heat descending on our fine city.

Certainly a few athletes will have been caught short in their summer ‘cut’ but this will not prevent them from unashamedly getting their dusty rigs out on any miniscule patch of grass they can lay their bum bag on. A sea of empty pre mix gin and tonics, half eaten cous cous salads and empty bags of walkers prawn cocktail crisps will litter every park from Croydon to Camden by 1pm.

By 3pm instagram will be buckling under the weight of these park dwelling influencer’s mammoth selfie sessions. Sweat, foundation and arrogance drip off the faces of these scantily clad, prosecco fuelled young harlots of London.

The time to tan is nigh and no amount of scientific or medical reasoning will prevent this lot from flaunting unprotected and ghoulishly pale flesh to the blue summer sky. Between high pitched screeching sessions about Love Island and determining who’s dealer is the more reliable, they are relentlessly sacking piss – and credit to them. Thank fuck that one of the old heads in the group bought a cooler bag and ice because those warm £1 pre-mixers are about as appetising as a Boris Johnson Tory party nomination.

Around 8pm, the sun has lost much of it’s potency and in the diminishing light, it starts to become evident just how many bottles of prosecco and cans of cheap lager litter your immediate vicinity. You know it’s time to depart and the overflowing rubbish bins give you an excuse to recklessly throw your bag of empties on the already well established pile. You ignore the shade thrown at you by a grandmother briskly striding by – she’s had her time, the old bitch, it’s yours now.

It is time for phase two; home for a shower, outfit change and a raid of your drug drawer all while obnoxiously hammering your UE Boom speaker with a delicately crafted ‘#summervibes’ playlist you’ve put together mid week whilst battling depression and a manager as bitter and vindictive as a Daily Mail journo.
As you head home ambulance sirens enter the mix and immediately begin drowning out cat calls and ‘ladsy banter’ as dehydration and well timed right hooks claim their first victims. Heatstroke, impromptu naps and poor fiscal planning aide in the decimation, some of the best of them will fall here but they are still hopeful of returning to the fray after downing a couple powerade or negotiating a hasty loan with a house mate.

As the sun dips beneath the horizon, chaos reigns in the city. The old bill simply aren’t cut out to operate in this type of heat and like a humourless EU council member listening to May’s monotonous bullshit, they’re completely out of patience with this lot of unruly Brits.

Thankfully for their enemy, the general public, a fleet of Albanian coke dealers determinedly navigates heavy traffic to continue a steady flow of narcotics to their bar hopping masses who’s sustenance has thus far been limited to a sainsbury’s meal deal and about 6 pints of lager. The marching powder supersedes their need for further calories however and kebab shop owners are forced to look on patiently, stocking shelves and thawing packages of camel meat in preparation of the inevitable a.m onslaught.

At around 10pm, whatsapp groups begin lighting up in earnest – friends engaging in bitter disputes due to uber surcharges and crazed requests to ‘come to north London, it’s actually not a bad night out’. And like the invitees of a Tory party debate, there will undoubtedly be a few shitkickers who just say ‘fuck it, I’m staying in’.
Tubes are once again flooded, all creeds of life descend on the archaic railway system – plebs from zone 4 making the pilgrimage in, desperate to convince themselves they are, technically, living the London dream. With the elegance and integrity of a Jeremy Kyle Show segment, they spew forth back into the warm London evening, throats parched, nasal passages blocked, yet eager for more.
They flock to bars, even those unable to walk or speak are waved through by bouncers showing all the enthusiasm of a Soho street walker.
Saturday ticks over to Sunday but this crowd shows no immediate signs of surrender. They’re into the spirits now, doubles if the wage allows it.

Oddly the line for the men’s stall has tripled in size, unlike the coke dicks that will be returning to lovers beds come the wee hours. You can almost hear the chuckle from fever trees execs as the thirsty punters throw themselves at the bar demanding more b-grade gin with their ’boutique’ tonic. Djs commanding dance floors around the city peek up over CDJs at the sunburnt masses and are met with the vacant stares of the living dead, gradually exhausting the supply of energy, and pound sterling, borrowed from their own retched future selves.
Red, sweating and reluctantly snorting that slow drip down of coke down the back of their throat, they are relentless. Until, finally, the fog clears, firm decisions to leave are made and slowly, they begin to depart the sweaty boxes they have occupied for the last 6 hours. As they enter back onto the streets so to do the street sweeping crews, cleaning the vomit, regret and empty stella cans from streets. The masses are pouring out of the bars now, young cassanovas throwing out compliments and invitations like Donald Trump in a teen beauty contestants changing room. The women at this point are dishevelled, clinging to friends and begging for smokes while they navigate the murky waters of a pre-dawn warzone.
A quick bite and off home is it – no its fucken not. The queues for a two piece and chips is out the door and citymapper has just confirmed you’ve a 55 minute bus ride in front of you with nothing but the finest of crack heads and deviants to keep you company. Cheering.
Experienced uber drivers take a moment to knock back a Xanax and a line of speed, both numming themselves to the incoherent ramblings of their substance abusing clientele while simultaneously ensuring they don’t wrap them round a stop sign. It’s a delicate business.
As the sun peeks up, the first of the spandex-cunt-brigade appears, jogging or cycling the desolate streets with an air of superiority reserved for those with full liver functionality.
Some of our mystic partygoers will down a couple pints of water before bed. Others apply a generous layer of aloe after sun. But for most, they will simply lie back in their dirty, sweaty sheets, potentially aided by a £20 argos pedestal fan blowing a cool breeze on their sun kissed faces as they weigh up the probability of throwing up that last, nostalgic shot of cheap tequila which while entirely unnecessary was also shouted by some other poor cunt.
And so they drift, off to sleep, with a day of Netflix, codeine and Deliveroo to greet them when they do finally peel their sunburnt carcasses off the concrete.
So, enjoy it you heathens. It is here, it is upon us. It is summer.

Feature image – On a nice summers day nearby my workplace at the Gray’s Inn Walks Gardens, London on the 13th of May 2019. 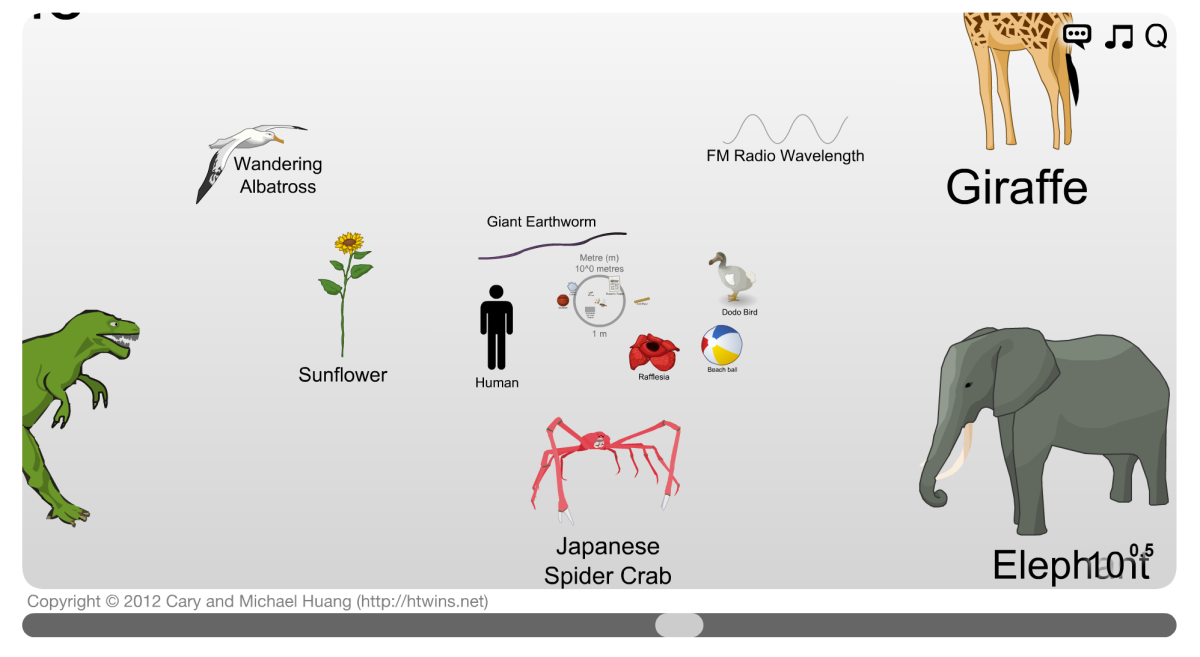 Have you ever wondered how big the things in the universe really are? or maybe you’ve an interest rather in the things so small that we cant even see! Well, I stumbled across something really cool in my search for answers to these questions, a little visual flash representation of the scale of the universe.

Curiosity at it’s greatest can be found HERE 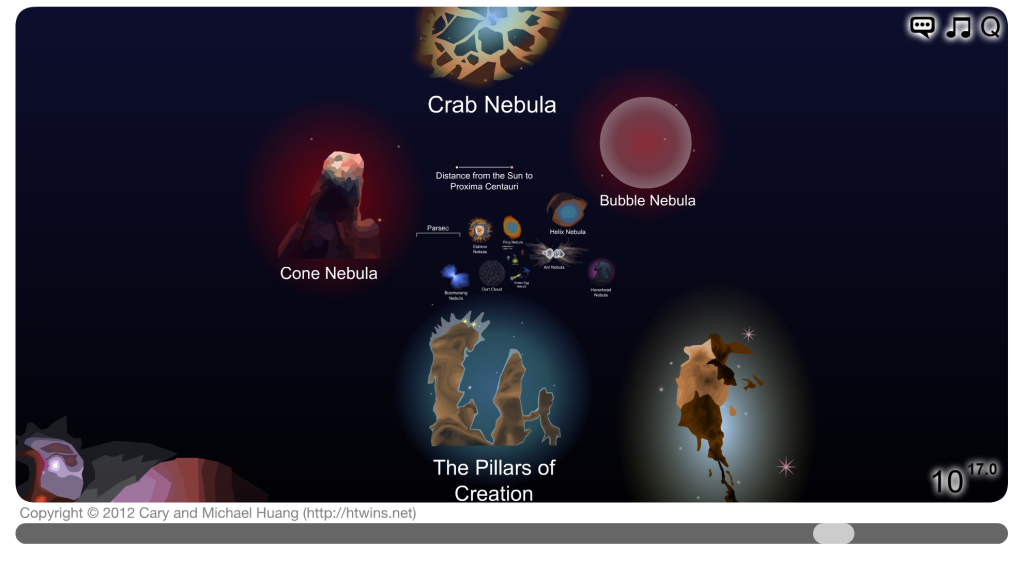 It’s quite dazzling to see the things big and small that make up the universe we live, it really puts into perspective who we are. It fits well with what I have always believed, that we are only a tiny speck in a universe so limitless. When you see the world from that point of view your problems just disappear, your worries will seem so insignificant to the greater cause; it doesn’t mean that they don’t exist, we certainly feel the effects of it, but it does mean that we have control over how we choose to react to it. How infinitely large the universe is, is also how infinitely small it is too, it’s important to not forget that we too are giants to so much in this universe. The question I ask is, what type of giant will we choose to be? Will we be the friendly giants like the elephants that we know? or will be be the giants that destroy everything in it’s path?

I’ve spent hours pondering over the things I’ve seen on here. With an ever curious mind I go from one mystery to another. Maybe a good start for you is at the Giant Japanese Spider Crab!

Thanks for reading! Love ❤

Beware the captain
That sails only on smooth waters;
That drops anchor only in safe harbours;
That lets aboard only familiar faces;
That will not brook strong winds or stormy weather;

Whose life, well lived, is a deadly comfort–
Never to be dashed against the rocks of passion
Never to be dismembered on the shores of love.

Yet a life so well lived it hides a shipwrecked soul.

I have been such a captain

But now I set out on unknown seas

With sails full open
Guided only by whispers in the wind
By images in white capped waves;
By patterns in the flight of birds;
And by bits of news from distant ports;

In search of that soul survivor,
The almost forgotten fragments of Self
That shall heal the world as the world heals me.

Few things in this world can inspire the spirit inside of you more than what I will show you here. From the comedian himself, Jim Carey made an incredible speech that shook the hearts of people all around the world including myself, and what a better way to do it than with some comedy. They say that your ability to make somebody laugh and smile can make them fall head over heels for you without them even knowing it. I think in a similar sort of manner, we all look up to him as he himself has has made us unconditionally love him.

If you haven’t already, I must implore you to do so. There’s just so much he says that just sticks with you and as someone who also will be graduating soon, I take in his advice knowing that he’s been where I am, and that where he is now is a reflection of what he’s achieved in life.